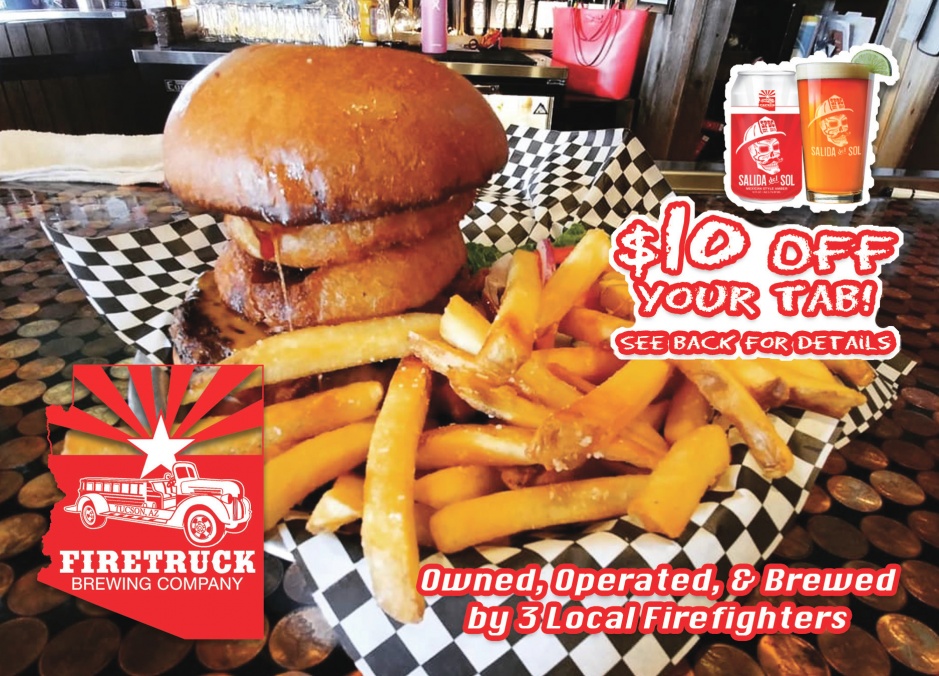 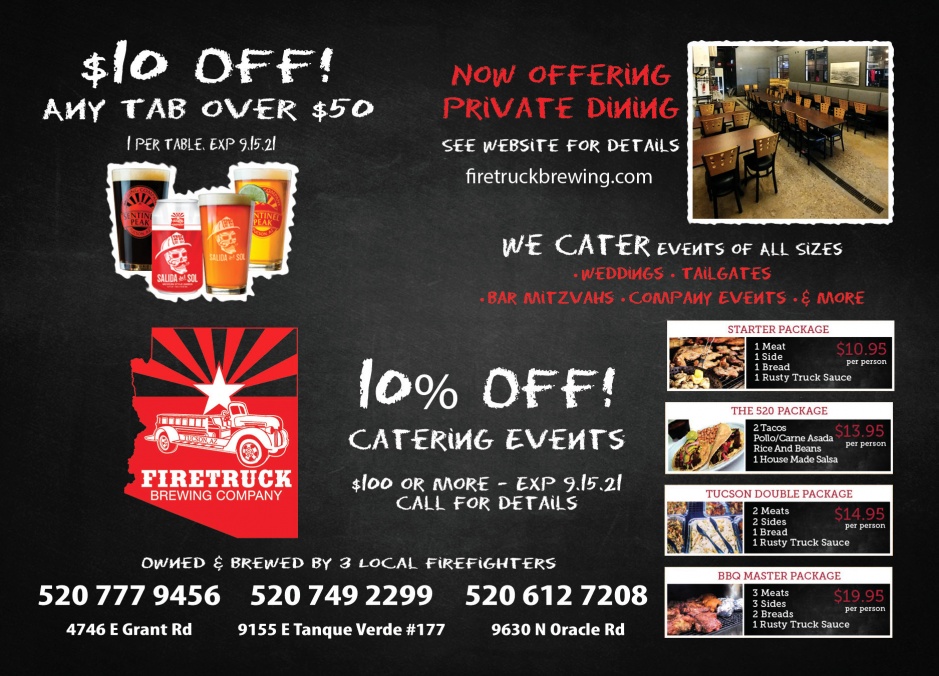 Sentinel Peak Brewing Company, Tucson’s ONLY Midtown Brewpub, is a 3 BBL nanobrewery which offers a rotating selection of craft beers along with a few house favorites. Our inspiration comes from many sources including, but not limited to, travels we’ve had and suggestions from friends. We look forward to sharing our brews with you soon!

Sentinel Peak Brewing Company opened its doors on January 9, 2014, but the story began long before that. Twenty-two years before to be precise. In the early 90s co-owner Jeremy Hilderbrand was stationed in Germany with the US Army as a Russian linguist. Here he fell in love with the flavors and culture of German beer. However, it wasn’t until many years later when his wife bought him a home brew kit that Jeremy was able to reignite his love for craft beer. Jeremy, who continues to work full-time as a Fire Captain, soon discovered his beers were a huge hit with friends and family. That’s when the embers of opening a brewery really started to kindle. But all too soon Jeremy realized that brewing on a commercial level would be impossible given his firefighter’s budget. So he sought out the help of Engineer/Firefighter Matt Gordon.

Matt Gordon was the founding member of The Slaughter House, where he used his engineering and fabrication skills to build the scariest, most high-tech commercial haunted house in Tucson. Matt was able to build custom, commercial-grade brewing equipment and soon discovered a new passion: craft beer. Despite Matt and Jeremy’s considerable tenacity, they ran into dead end after dead end. That’s when Paramedic/Firefighter Taylor Carter rather serendipitously joined the team.

Taylor was the brewery’s final component. With his impressive marketing and business skills, Taylor became the third and final partner in October of 2012. Soon after, the midtown location at 4746 E. Grant Rd. became available and the trio jumped at the opportunity to open Tucson’s only midtown brewpub. Many hurdles remained, but with the support of the City of Tucson and the adjoining neighborhood association, SPBC was finally granted the permits and licenses to move forward.

Now the trio faced their next—and possibly biggest—obstacle: How to afford building an amazing brewery. Thanks to the overwhelming support of a successful Kickstarter campaign, Matt, Jeremy, and Taylor spent every non-firefighting day of the next ten months building Sentinel Peak Brewing Company. Everything from the booths to the brewing equipment was either built by hand or refabricated from reclaimed items. Only through the blood, sweat, and dedication of these three and their families (all are happily married with multiple young children), was the space transformed into the modern, yet comfortable, watering hole it is today.

On opening night, January 9, 2014 SPBC was staffed with the three owners, their lovely wives, and four staff members. Today the brewery employs twenty-seven not including owners or wives. The trio of firemen had conservative three and five year plans. However, within the first ten months the partners realized they needed to begin the three year plan immediately. In March of 2015, SPBC acquired the adjacent 1,200 square foot space to make room for a larger brewing system and added a patio to increase seating. The expansion was completed in June of the same year and beer production quickly increased.

By October, Young’s Market Company, a premier distributor of alcoholic beverages in the western United States, began distributing Sentinel Peak Brewing Company’s award-winning craft beer. The partnership with Young’s Market Co. has been very successful and as of January 1, 2016 distribution has been expanded to the state-wide market.

From humble beginnings, Sentinel Peak Brewing Company is going big places. We hope you lift a glass and come along for the ride.

Owned and Brewed by Local Firefighters with 2 convenient Locations!